The first of the three Hazelwood School District major high school projects of the 2012 Bond Issue.   Wright won this competitive bid as the third bidder. The first and second bidders were both technically disqualified for not bidding in accordance with stipulations and guidelines as required by the school district. East High School required the new construction on both the east and west sides of the existing building.

A new full regulation basketball gymnasium was constructed on the East side of the campus while the west side gained a new multi-level library addition. Major renovations were completed throughout the existing building with upgrades to the fire alarm/protection system, the high school administration area, and improvements in the HVAC system throughout. 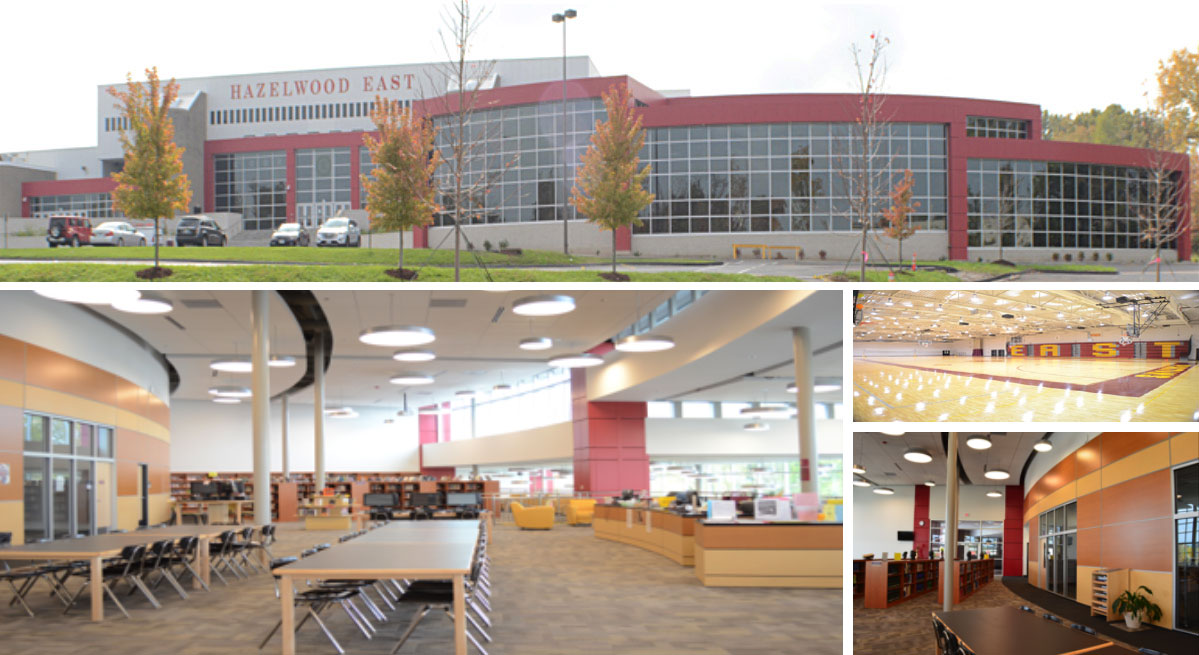