Wright Construction was the General Contractor for the Baker’s #319 Fueling Center. The Fuel Center was a ground up project with a 68-day schedule that included site work, underground fuel tanks, fuel canopy, four pumps, and a kiosk. Bakers Fuel is owned by Kroger and is one of the largest retail grocery chains in the United States. The company operates more than 2,000 supermarkets and multi-department stores in 31 states under nearly 25 banners. 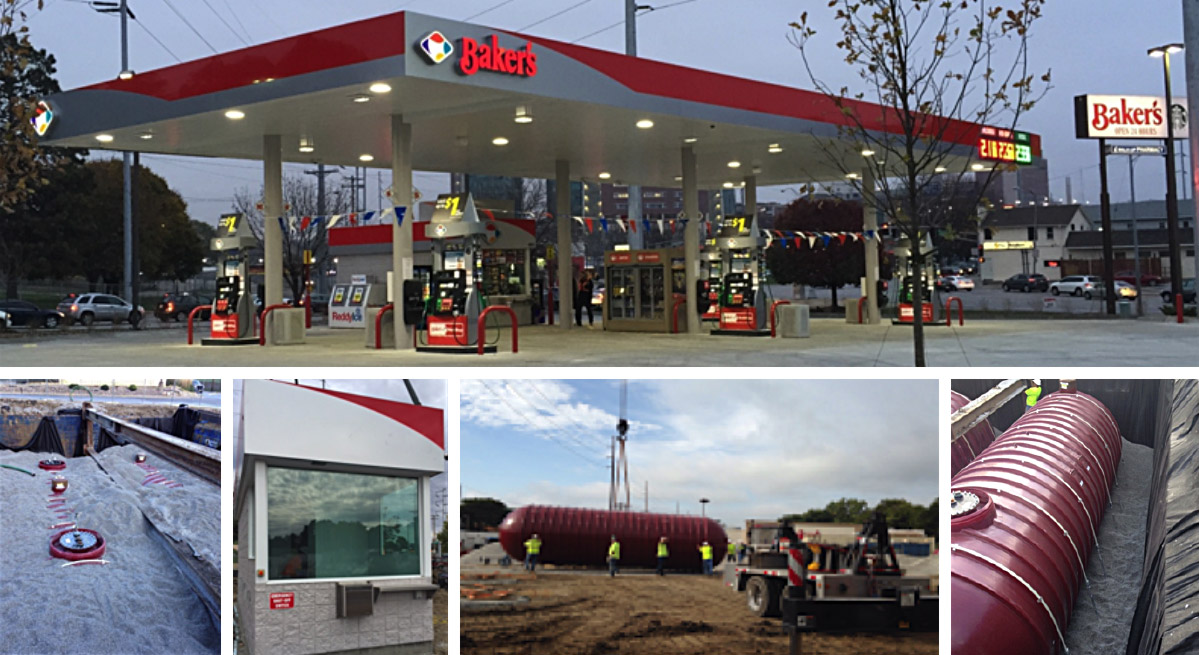